The Process of Getting a Job

It's that time of year again, and lots of people have new years resolutions where they're trying to do better by themselves and become the best person they can. One of the things that are common in the new year is an increase in the number of people looking to get a new job. This might be you, or it might not be, but I'm going to go through and explain a few of the different things from an employer's perspective we see time and time again. The following are things you should look to refine in the way that you go to get a job.

To start off with, believe it or not, we see people forge and use resumes over and over. When we have a job application go out, we might have 100 to 150 resumes come through. We sort through all these and look to see what are the good resumes that stand out enough to be worthy of an interview. Make sure that your resume isn't one of those ones that you've just copied off someone else. Be unique and make sure it stands out.

Make sure your resume isn't too long. No one wants to have a five or six-page resume that goes back to when you were 14 and 9 months and worked in Mcdonalds for two months. It doesn't make any sense. So, keep your resume short and concise. You don't need to put in things such as your partner's name, your star sign, and what religion you are unless those things are important to the job that you're going for.

Have the Right Order

Always order the things that you have on your resume from newest to oldest, so the newest thing should be on the front page and the oldest thing should be on the last. Only include jobs that are relevant to what you're going for. Have a great cover page that discusses exactly why you're the best candidate for this job. Don't use Comic Sans, and make sure that you are writing a resume that looks professional and doesn't have lots of colours. It's fine to have a little photo of yourself, or even a link to your LinkedIn page or something like that, but don't go overboard. Having your qualifications that are relevant to the job is also very important. This moves us on to my next point. If you're lucky enough that your resume went gangbusters and everyone enjoyed it, your next path is the interview. Most of the time you're going to get a phone interview and then it turns into a face to face. If it's a phone interview or Skype interview, be dressed as you would for the job.

Now, this sounds funny, especially if it's just a phone interview, but it puts your mind in a good place to where you're able to go, "okay, this is what I'm meant to be doing." Trust me, you will perform better than if you're just sitting there in your jocks and socks.

So, be mentally and physically ready as if you're about to jump into the interview. If it is a Skype interview, be in an area where you're well lit, and using a very good quality microphone. Don't have kids running around in the background or anything like that.

Make sure you keep it professional. Don't be nervous, they're only people as well on the other end. Sure, they might be psychoanalysing you and thinking about all these different things, But they're just people.

One of the things I remember was an interview that we were doing over Skype, and this guy, he was lovely. He sat outside in his patio area, and it looked nice. There was just this one fly that kept flying around his eye, and it kept buzzing around his eye. I was looking at that, and I could not listen to what he was saying. I was completely distracted as to why he was not swatting this fly away.

It just seemed so unnatural. Make sure that you are natural in what you're doing, and expect that you're going to be a little bit stressed out with the interview. When interviewing, the employer will take that into account. Just be natural, be normal. If you don't know the answer to a question, say you don't know. A lot of the time the questions asked in interviews are intentionally obscure. So, be ready for some of those questions.

These tips go the same for if you are on site and you are doing this in a face to face interview. When you are being interviewed, a lot of the time there will be two people interviewing you. One is going to be listening to your responses, while the other is going to be looking at your body language and seeing how you act and react.

This is one of those times that it's really important to make sure that you are being yourself. Don't be someone you're not. If you try to be, and then you even land the job, the problem is you might end up underachieving, disappointing, and then you're back where you started, only with an extra line on your resume.

So, always be honest. As I said, that other person that's sitting there that might be looking at the body language, they may also be asking questions as well. Sometimes there's one person will have the strength of HR, while the other one's got the strength of the technical skill, or whatever it is that you're being employed for. 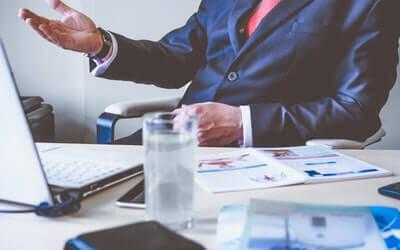 That comes to my next point, don't over answer things. If someone asks you something, answer but be aware of how long your answer for. A lot of the time when I'm interviewing for a phone interview, I'll set 10 minutes aside and say this is 10 minutes. I'll know that the next interview is not starting for 30 minutes, but I'll set 10 minutes aside going this is the interview, and then I'll have 20 minutes of reflection. I have a buffer in there for the 20 minutes of reflection where I can have the interview go over.

If the interview starts creeping up to that 30-minute mark, I've got someone else that I've got to be interviewing shortly. I don't have the time to be listening to someone waffle on about something that isn't relevant.

If someone is talking to you about some interest that you've got together, maybe you both brew beer, or love cricket, whatever the situation is, just know that answer and say, "Ah, yes, I do have an interest in that. I love the One Dayers." And then go on and continue on. Don't over answer things.

You've Got the Job!

Now, if you're lucky enough to land the job and it's your first week at work, congratulations. The next step to do is don't be an ass kisser. We had a guy who started working with us, and he thought he was going to do everything he can in his power to shine and outshine all the other employees. What he did was he would get to work at seven in the morning and not leave until six at night. It was great, but the problem is, unless you've got other people that are working that same shift, it means that, especially in a small business, you have to have people hanging around because you're not about to give him security and responsibility to take care of the whole business.

So, you need to make sure that you are working, but if your employed for a 38, 40 hour week, don't be coming and working 55 hours. Instead, work less of your lunch break, come in a few minutes earlier. But realistically, half an hour earlier, half an hour later would be absolute tops. Don't just go nuts, otherwise, it will get on the nerves of people and it will backfire. If you get through the first week and you've shown that you're a diligent worker, you've been researching the standard operating procedures, and you know exactly what you're doing, congratulations. You're probably going to be staying there quite a bit longer.

In closing, make sure that you have a great resume that's short, concise, and to the point. Interview and be honest with how you're interviewing. It's a great idea to make sure that you actually research the company that you're working for. That will show that you are interested in them as well. When you first get there for work, show that you are genuine and you are an overachiever, but don't take that to the next level. I hope this has been helpful!